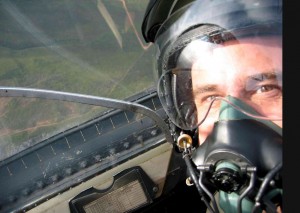 I’ve been writing about aeroplanes since I was a boy.  Aged eight, I wrote a school project called Jet’s.  And while I now understand how to use an apostrophe, my interest in things with wings has remained undimmed.

My first book, Vulcan 607, was published by Bantam Press in 2006.  It was followed in 2009 by two more British military hitory titles: Phoenix Squadron and, in 2010, Storm Front, about the Dhofar War in Oman in the early seventies.   All three were Sunday Times top-ten bestsellers.  Into the Black, about the first flight of the Space Shuttle Columbia followed, before I returned to the Falklands War again with Harrier 809, a celebration of Britain’s legendary jump jet and it’s critical contribution to victory in the South Atlantic.

My writing has appeared British national newspapers including the Guardian, Daily Mail and The Sun, Esquire magazine, and a wide range of aviation magazines including Aeroplane Monthly, Fly Past and Aircraft Illustrated.  A documentary based on Vulcan 607 called Falklands’ Most Daring Raid by Darlow Smithson (Touching the Void, 127 Hours) was shown on Channel 4 in March 2012.

I was born and brought up in Cambridge, and studied Modern History at the University of Liverpool.  I now live with my family in a village near Cambridge that is satisfyingly close to the Imperial War Museum at Duxford.